Rumors that are NOT True: People with PTSD are “damaged goods” 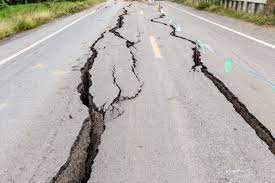 Rumors that are NOT True:

People who develop PTSD are “not resilient”/are “damaged goods”

There are a lot of rumors that come with PTSD, unfortunately, and this is one of them. This is the idea that someone “gets” PTSD because they are not resilient enough, or because they already experienced trauma, addiction, etc. and are “damaged goods.” This rumor equates PTSD to the flu and opines that PTSD attacks those with compromised mental immune systems.

It is fantasy to believe that a happy childhood will inoculate us from future trauma. It won’t! Trauma is an individual experience. What makes something traumatic for one person may not be traumatic for another, depending on their relative ability to deal with it.

There is no quick “bounce back” for rape, war, or a serious accident, and we would appreciate it if people would stop pretending there was. Moreover, this rumor can have unintended consequences:

If people in need of help feel they will be labeled as “weak” or “damaged,” then they will be less likely to seek the help they need.

·         Among people who have had a diagnosis of PTSD in their lifetime, approximately 27% have also attempted suicide

The bottom line is that PTSD symptoms are hard enough without blaming a survivor; this is cruel and unnecessary.

What rumors about PTSD have affected you? How did you overcome them? We value your feedback and ideas! Reach out on our Community Facebook Page!

at September 23, 2022
Email ThisBlogThis!Share to TwitterShare to FacebookShare to Pinterest