Is PTSD Only for Military Members? 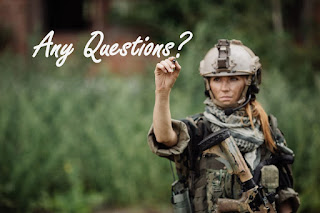 A rumor I often hear is that PTSD is only for military members, combat Veterans, or trigger pullers. Sometimes, I'll hear people say, "I don't deserve to have PTSD."
Many civilians believe that only military members can suffer from PTSD, and within the ranks many service members believe that only ops folks can have PTSD.
For military members, some of the things I hear time and again are, "I can't have PTSD because I never left the FOB," "I can't have PTSD because I never fired my weapon,"" or I can't have PTSD because my convoy never got schwacked."
So that's not a thing; that is fundamentally not how PTSD works. This is just a quick blog post, but suffice to say that your body and brain reacts the same way every single time your convoy leaves the wire, whether you get schwacked or not. You don't have to be a trigger pulling, pipe hitting, mother-trucker for PTSD to whoop your ass.
There's also the idea that PTSD is reserved for people who have "earned it." This often sounds like, "I don't deserve to have PTSD," "at least I came home in one piece," or "my trauma was a combat related."
Let's have some real talk for a minute. I don't deserve to have the flu. I'm a really nice person and I help people. The flu doesn't care about that. No one deserves to have malaria or HIV or schizophrenia, but we don't get a choice. PTSD is same-same.
Let's work together to dispel rumors about PTSD and encourage others to get the help they need to reclaim their lives.

at December 15, 2021
Email ThisBlogThis!Share to TwitterShare to FacebookShare to Pinterest
Labels: military, PTSD